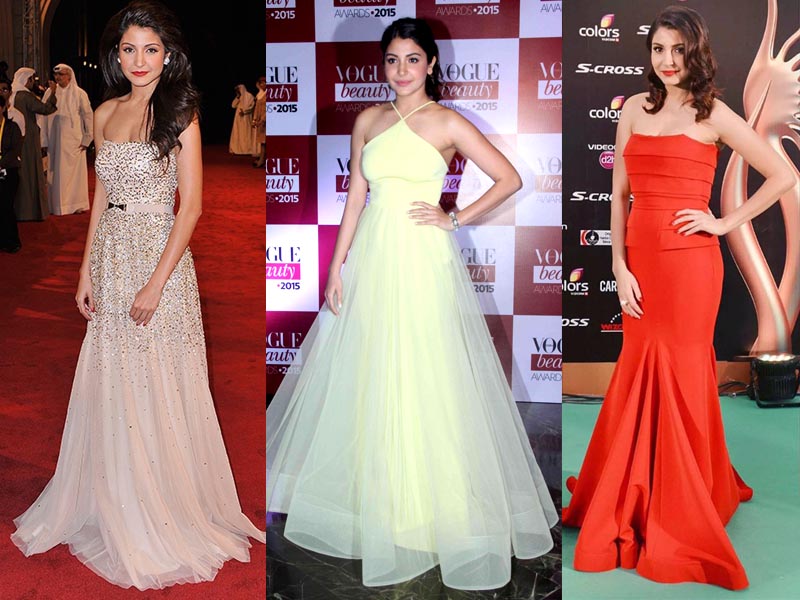 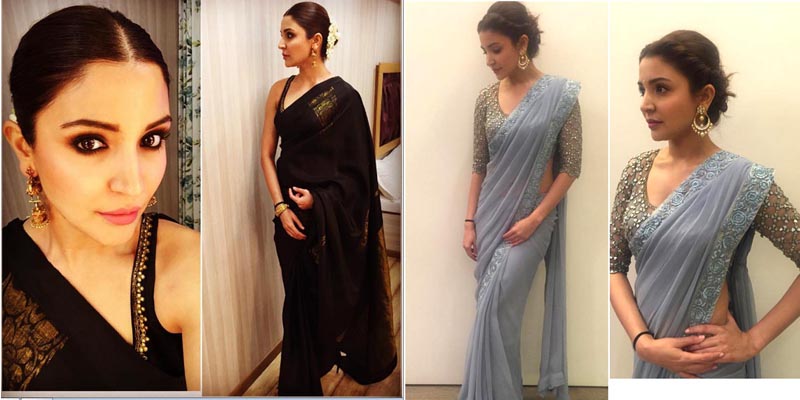 Like Deepika Padukone this actress was another lucky one to share the screen with King Khan in her debut movie Rab ne bana de Jodi. Though her acting skills were not appreciated much in the beginning, she has always been a trend setter for her fans and her style statement was something that all her fans look up to. From Denims to gowns, palazzos to dresses, and skirts to saris she has been seen rocking all her looks with grace and beauty. 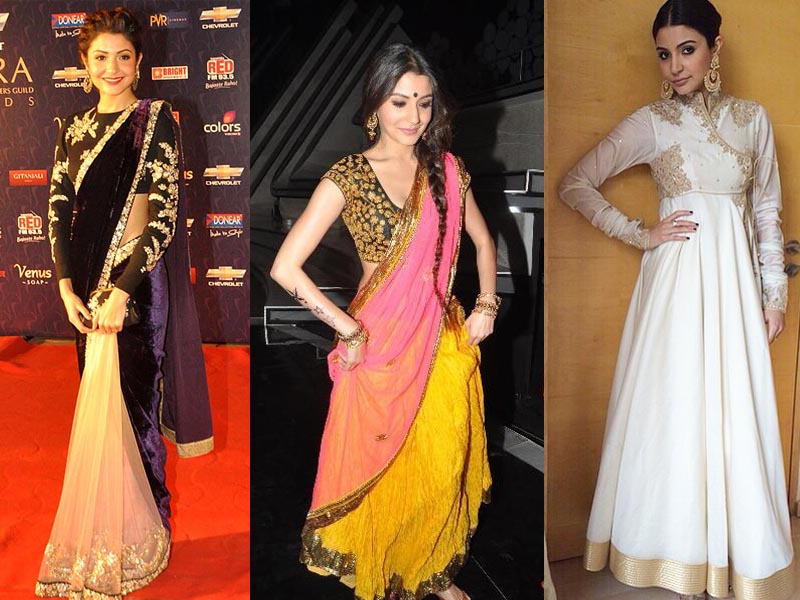 There’s lot more to Anushka Sharma than just having a handsome cricketer boyfriend and the now infamous lip-job. Her style statement has the perfect dose of easy chic that everybody loves. Her role as Tani in Rab ne bana de Jodi was that of a simple homely Punjabi girl and her simple avatar was truly appreciated by the audience. The audience then got to see a completely different side of her in her second movie Badmaash Company opposite Shahid Kapoor.

Even though we have seen her in almost everything from traditional to western to fusion, it’s her Indian style file that has us more intrigued – especially when she can go from basic to bold in no time at all. Appreciated for her tremendous talent and definitely for her toned physique, she is considered to have the best bikini in Bollywood. This is no easy feat, as she had stiff competition from actors like Alia Bhatt, Deepika Padukone, Sonam Kapoor and Priyanka Chopra.

Anushka has never been one to shy from experimenting with her hair and has been with an array of hairstyles including curls, waves, bangs and a pixie cuts. Her beachy waves in Ladies vs Ricky Bahl were incredible as the light colour complimented her skin tone perfectly. 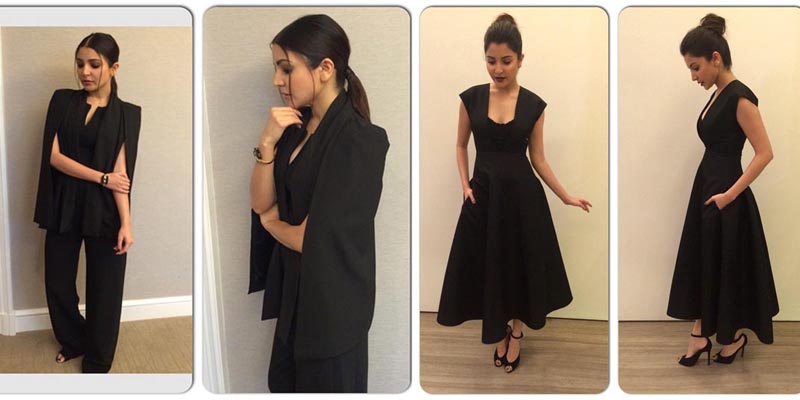 Having always been considered as the “girl next door” due to her bubbly on-screen persona, she shocked the audience with her pixie cut in Pk. Though it was just a wig (phew!), the stunner didn’t leave anything to chance, looking both charming and adorable in that hairstyle.

Not only hairstyles she is quite popular for her dressing sense as well. Anushka has been seen keeping her style mostly casual – whether it is at the airport or at the playground with her boyfriend, she has been caught on camera sporting ripped denims, t-shirts and sneakers. 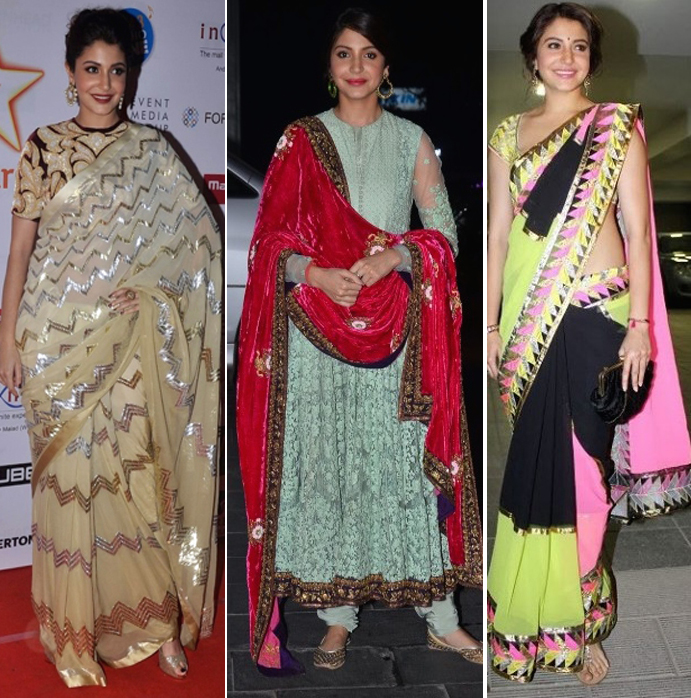 Moving the not-so-casual, Anushka turns up the heat at events, be it the red carpet, an endorsement or a film promotion.

Anuskha knows the power of ivory-coloured Indian wear when it comes to dressing up and carries off effortlessly. She is often spotted in fuss-free white or beige anarkalis and complements it with exquisite statement accessories.

She can also pull off bold Indianwear. After all, how many women can actually do justice to a heavily embellished Abu Jani and Sandeep Khosla sari with a contrasting blouse or to an extraordinarily wonderful Sabyasachi anarkali?