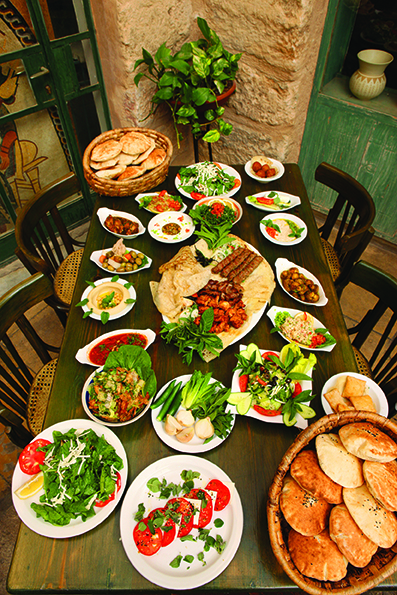 A Glimpse Into Jordanian Cuisine

Jordan, due to its geographical location in the Levant, has culinary influences from North Africa, the Middle East, Persia, and the Mediterranean, thus bringing together flavours that are new and exciting to the Indian palate.

Jordanian cuisine caters to every need and fancy of an average foodie – from fine diners to street food enthusiasts, from meat lovers to vegetarians and from savoury bites to sweet cravings – the sky is the limit in experiencing different Jordanian dishes.

Jordanian food shares a strong culinary bond with Arabic and Mediterranean countries, which helps create a fusion of flavour that appeals to the Indian taste buds. Kebab and Kofta dishes like Islim Kebabs, Shish Kebabs or Kofta bi Tahini have a similar texture to dishes found back home, but owing to the different spice blend, one can easily be absorbed be the new flavours experienced. Other dishes that Indian diners can identify with are Mujadara and Sorar. Mujadara is a lentil and rice based dish that resembles Indian Pulao, while Sorar is cooked with chicken, dried fruit and spices, resembling an ‘exotic’ take on Biryani. 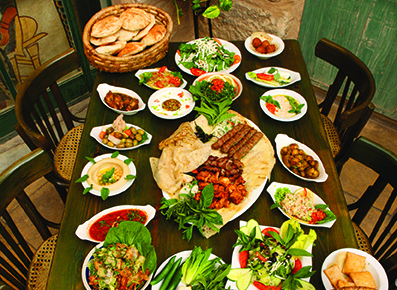 One of the key highlights of Jordanian cuisine is its national dish Mansaf, which has a distinct taste and cooking method that is not duplicable in other regions, owing to the native spice blend used to enhance its flavour. The traditional way to eat Mansaf has a ritual associated with it, a highlight being everyone should be standing and eating with their right hand only. Unique to the Jordanian culinary experience is also its own adoption of popular dishes of the region that it has effortlessly made its own and can be enjoyed throughout the region. 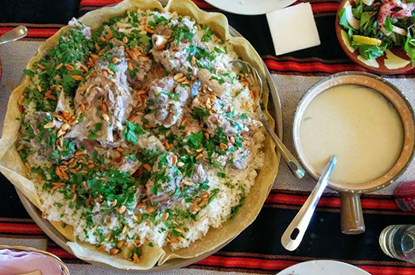 A variety of vegetarian food to choose from

The common misconception about Jordanian cuisine is that there are a plethora of non-vegetarian options to choose from, but only a handful of dishes for vegetarians. In reality, Jordanian food relies a lot on fresh vegetables, beans, pulses and yoghurt. Some of the dishes include Fattoush (a salad with toasted Pita bread, lettuce, tomato and cucumber), Tabbouleh (a green salad with parsley as its core ingredient), WarakEnab (stuffed grape leaves), Hummus ( a chickpea based dip), Baba Ghanoush (a roasted aubergine dip) and Falafel (mashed and fried chickpea patty).

Some of the more popular and flavourful vegetarian dishes are included in the mezze. With generous quantities, it often qualifies as a meal in itself. At restaurants or market places, it is easily noticed how all diners’ tables have portions of dishes like Hummus, Falafel sandwiches, fresh citrusy salads and bowls of steaming FulMedames (stewed fava beans). Shawarma stands are also visited frequently by locals, where wraps of grilled meat are coated with rich Tahini (sesame seed) and garlic sauce.

For locals, no Jordanian meal is complete without a cup of Turkish or Arabic coffee with hints of cardamom. It is also customary in Jordan to be presented with numerous cups of coffee or tea when you are visiting a family, or even if you are visiting a shop. If not coffee, freshly squeezed sugar cane juice or Limoon-nana, Jordan’s national drink made from lemon, is the next best option. 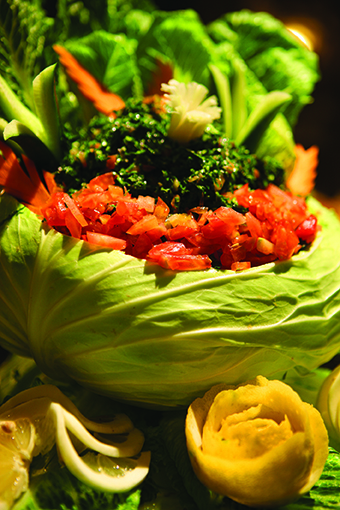 Last but not the least, Jordan’s reputation of being a sweet tooth’s paradise certainly lives up to the hype. Jordanian sweet shops offer a range of desserts – for those with simple sugar cravings, to those with a more refined palate, wanting to experience different textures and tastes.