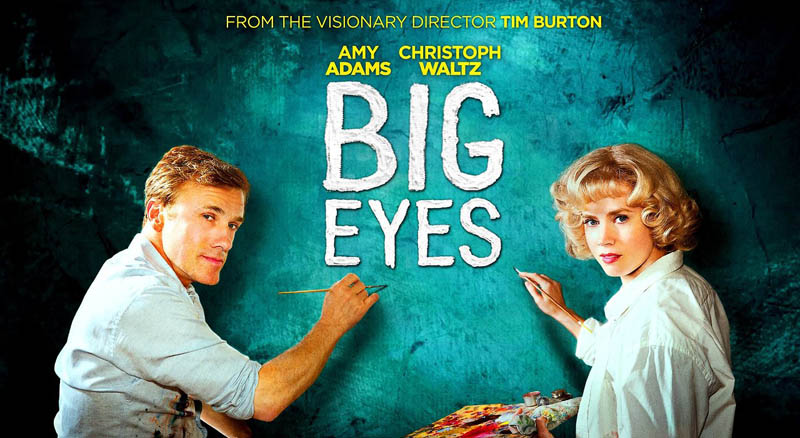 Big eyes, which recently released in cinemas on 9th January is really being appreciated by the Indian audience. It has been directed by Tim Burton, who is working with all the actors of the film for the first time. It is his second biopic, the first being Ed wood. This movie has been written by Larry Karaszeswi and Scott Alexander. The lead roles have been played by Margret Keane and Enter Walter, who are known as Amy and Waltz respectively. Amy is a divorcee and is seen raising one child. She is the closest to her friend DeeAnn or Kristen Ritter and shares everything from her love life to paintings with her.  Other actors of the movie include, Terence Stamp and Jason Schwartzman. The story dates back to 1950’s, Amy is portrayed as an extremely gifted artist but lacks the sense of finance and marketing.

She makes really good paintings with images of people having relatively bigger eyes. Walter on the other hand is also a painter but is an extremely savvy salesman. Even though Amy’s paintings are better than his, he manages to sell his at a much higher price. Eventually they get married and he starts selling her paintings as his own. He used to make her paint the pictures and then tell her to right his name on it. Waltz made millions of dollars by doing this, as these paintings became very popular and were loved by everyone. However Amy soon realises her mistakes and fights hard to win back the credits for her paintings. She wants people to know that these paintings were here original creations and not her husband’s. Let’s see whether she succeeds in doing so or not. One thing we can definitely say that the Big Eyes is being liked by the people.