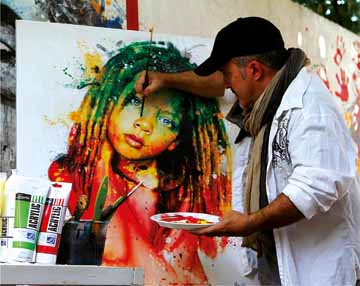 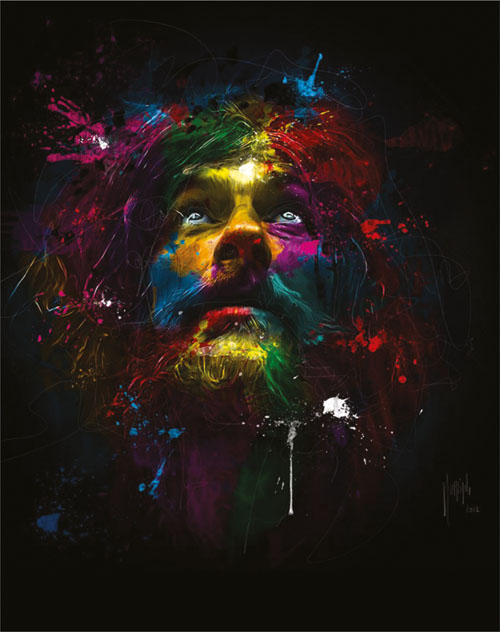 In constant pursuit of new techniques, Patrice Murciano is a phenomenal visual artist. His works feature the genre of pop art and as the genre goes, it showcases a blast of colours and exuberant depictions. He discovered his passion at a very early age. At just 6 years old, Murciano drew characters from comic books. At age 8, he borrowed his mother’s make-up set to make female nudes and portraits. In a recent interview, Patrice talks about his techniques, his inspiration and his dreams. As divulging as this might be, he shows a very kind and humble attitude towards his passion and profession. According to Murciano, work, patience and humility are lessons which all artists should strive to achieve. 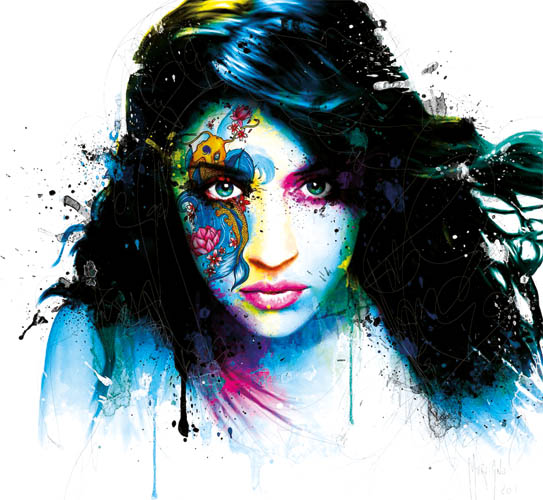 In his 2012 series, ‘New Pop’ Patrice uses inks, watercolours and acrylic paint to conjure up his masterpieces. Patrice has reproduced masterpieces of Velásquez and Rembrandt on oil canvas boards during his teen years. Upon asking Patrice to describe his paintings, Patrice says, “Each piece is unique as long as it is the fruit of our imagination. It can be a photo, a song, a dream, a poem or just passing by people on the street. For me everything is a source of inspiration.” Murciano looks at himself as a ‘researcher art’ in constant pursuit of new techniques. This methodical artist has had numerous exhibitions from the years 1998-2013 and has made some stunning and breathtaking pieces. Murciano is a statement and a testimony to the fact that art is a realm, which knows no bounds. His display of excellent techniques and surreal imagination brings one conclusion that he is an unrelenting force in the world of art. 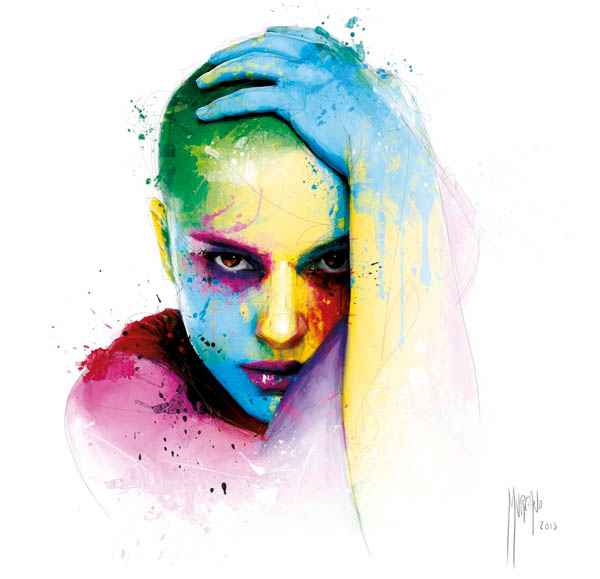 Murciano was inspired by the photographs on David Hamilton and started photography at the age of 16. At the age of 18, Murciano participated in a group exhibition organised by “Arts et Lettres France” and achieved the young hopeful’s medal. He had set aside his raw talent of painting to pursue the art of photography. Women as ‘muses’ that was represented in 1996 was created through a style termed as ‘Courbisme’ (curvism). This was in homage to the curves that pertained to the body of women. He exhibited his new style in the RezNamasi gallery in New York in the year 1998. Later, he fell in love with Jackson Pollock and his dripping technique. He found this technique to be extremely sensual and erotic and incorporated it into his own work. This helped fuel his journey in the portrayal of feminine beauty. He then called this style “pop grunge”. 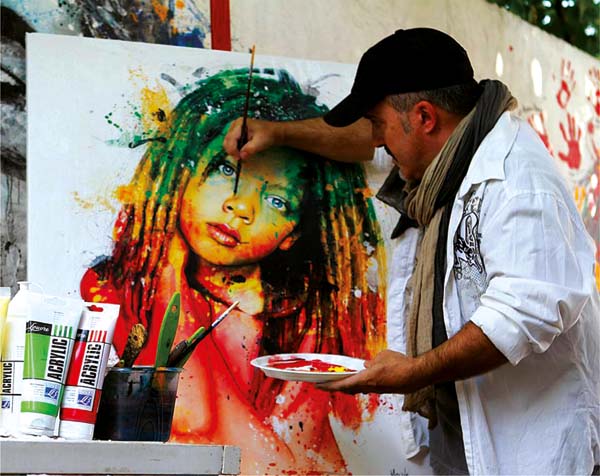 Personally, there is depth in the art, which Murciano creates. However, the work done on Buddha is revolutionary. Upon examining the work of Murciano, the power and the colour in contrast to the black in the background completely sets aside the this painting in comparison to any other painting done on the Buddha. This work of art splashes colour on the canvas while keeping the background comparatively dark. Not only does this completely make the subject stand out but it also makes perceivers stop and examine the serenity and calmness that it brings. The colour combinations although very similar to much pop art, are yet weirdly different. The blend in hue brings a very pleasing touch to the eye as it marries the concepts of exuberance and power. This prodigious achievement can only be commented as a stroke of genius. All in all, Murciano’s work is a stroke of wonder and is an inspiration to all budding artists and professional artists alike. Murciano currently lives in the South of France and continues to inspire admirers of art and artists whoever stumble upon his work.

For regular updates on  art, photography and more, visit our social media pages by clicking the options below: