It was an afternoon to remember where our B-Town actors were present to launch the trailer of Dolly Ki Doli!!
Seen at the trailer launch were Sonam Kapoor, Arbaaz Khan, Malaika Arora Khan, Rajkummar Rao and Varun Sharma along with the debut director Abhishek Dongra. Arbaaz Khan’s father Salim Khan was also present to grace the event.
The first look poster of Dolly Ki Doli had Sonam Kapoor in a sexy avatar donning a lehenga, sports shoes and alcohol bottle in the hand, which set the tone of the movie and generated curiosity value.The motion poster which released a few days back has already made Dolly Ki Doli count amongst the most-talked about films on social media platforms, and now with the release of the Trailer, the film has become bigger and one of the most awaited films of 2015.The trailer has already gone viral on social networking sites within a few hours of its launch!!

After the release of other 2 posters, the 1st question which comes to everyone’s mind in is ‘Dolly Kiski’.
We do not know the answer to that question yet but what we have recently come to know is that the peppy diva Sonam Kapoor will be seen donning 16 different bridal looks just for one particular scene in the film. In fact what we also hear is that Sonam Kapoor as Dolly is someone who charmingly cons men into marrying her and then dupes them. 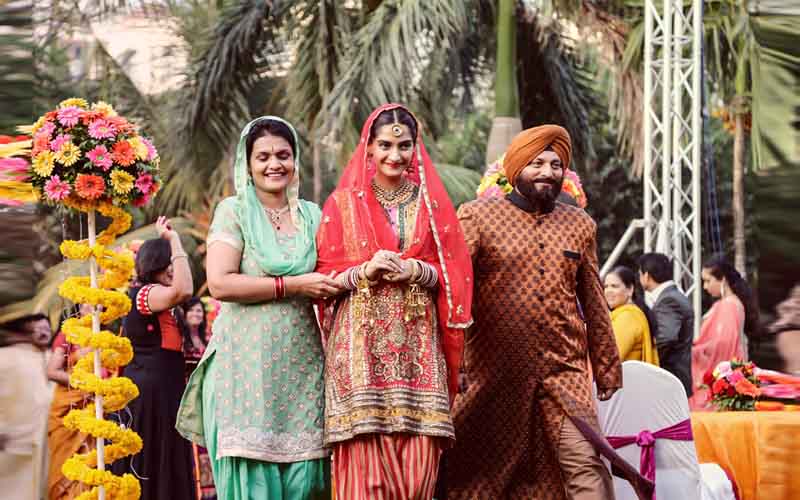 A source close to the team said, ‘There is a particular scene in which we show Sonam in different looks as a bride. In this scene she will be seen as a Catholic Bride, Maharashtrian Bride, South Indian Bride, Gujarati Bride, Muslim Bride and the list goes on. It was a very tiring process that just for one scene there were so many looks but Sonam enjoyed it quite a lot.’
Essaying the role of Dolly, Sonam Kapoor charmingly cons men into marrying her and then dupes them. The comedy- drama will see three credulous men – Pulkit Samrat as Robin Singh, Rajkummar Rao as Sonu Sehrawat and Varun Sharma as Manjot Singh Chadda swooning over the adorable Dolly and vying to marry her. 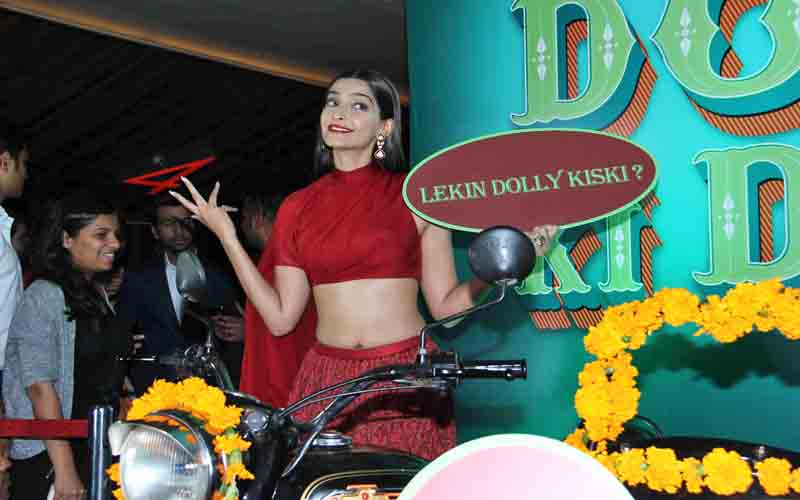 When asked about this exciting fun drama, producer Arbaaz Khan said, “Dolly Ki Doli is a fun ride which will definitely leave you refreshed. Sonam Kapoor as Dolly is very adorable and it is very interesting how she cons guys into marrying her which leads to many twists and turns in the film. But in the end figuring out who she ends up with will keep you glued to the film.
Produced by Arbaaz Khan Production , Written & Directed by debutante Abhishek Dogra, Dolly Ki Doli is slated to release in January 2015.Well, get set to find out who Dolly marries or if she stays single, this 23rd January 2015. 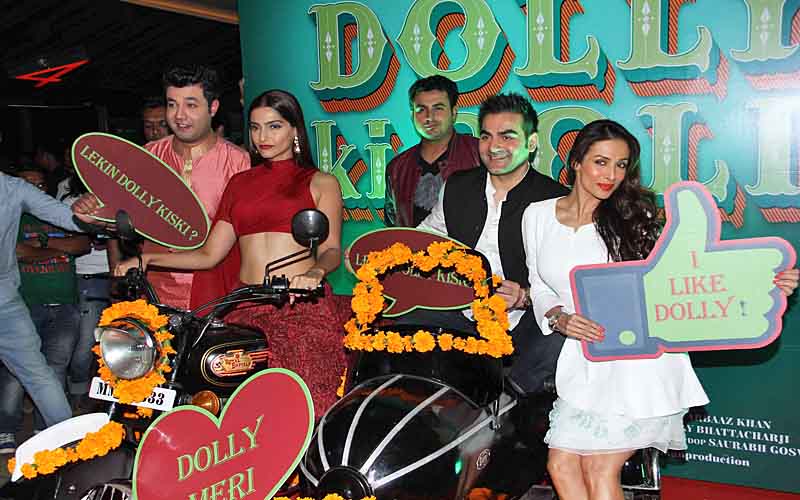