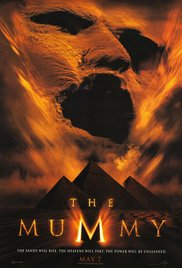 The Mummy series is a part of the monster’s universe and has indeed captured the audience with all its movies. However, there are 5 main reasons the viewers just love The Mummy series…

The Cast: With an amazing cast since 1932, the directors have given the audience a reason to come back each time. Not only have they managed to grab attention, they also kept it. Another intriguing fact about the cast is that this half-Egyptian movie series has majorly cast white actors.

The Discovery: Each movie unearths something new and is a journey to discovering the legacy. The creative and innovative stories have maintained their mark on viewers throughout the years.

Cinematic Scenes: Captivating scenes like the book shelf scene and as well as the one with the ship on fire make the movie very memorable and the audience comes back for more of the same.

Capturing Moods: Though the movie doesn’t take itself too seriously, it has everything from true love and British accents to mythology, questions about mortality and adventure. It also encompasses almost all the emotions the genre could express, like awe, sadness, joy and horror.

Fillers: The craze is maintained with the video game adaptations, amazing direction, interesting music, excellent editing and a mystic vibe. The Mummy series has beautifully incorporated humour in all the 14 movies including The Mummy (2017).

Hang on tight. Only 1 MONTH to go until #TheMummy hits IMAX theatres! pic.twitter.com/C6VFvnUJNV

Can you believe that the first Mummy movie came out in 1932? And almost 85 years later, it is still going on.

The Mummy series definitely has the X-factor that draws people.