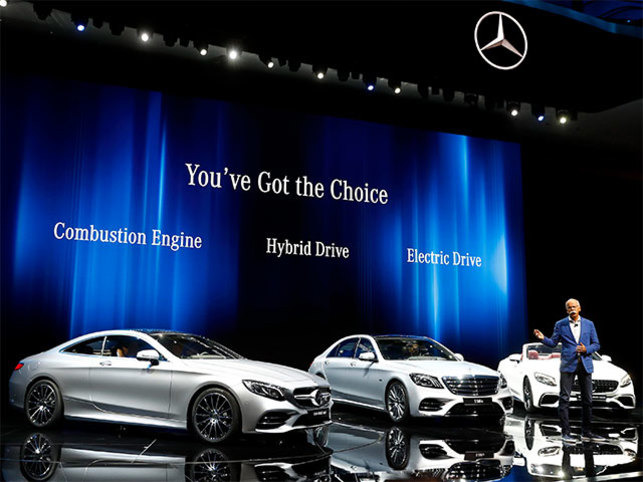 “By 2022, we’ll have the entire Mercedes-Benz product portfolio in electrified version as well, to offer a maximum of choices for our consumers,” CEO Dieter Zetsche told investors. “The time is right.”
Daimler’s announcement comes as the IAA international car show gets underway in Frakfurt this week, where more than 200 new cars will have their world premiere. 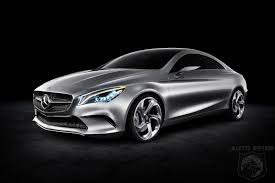 With ever-more-capacious batteries and falling costs, it was “realistic to expect that by 2025, an electric drive line could be in the range of the cost of a combustion engine drive line,” Zetsche said.

Meanwhile, Daimler will only offer fully electric versions of its Smart city cars by 2020 — “the first conventional car brand that will offer its entire portfolio with e-drive only,” he added.

The electric transformation at Daimler won’t happen at the flick of a switch.

Executives aim to find some 4.0 billion euros ($4.8 billion) of savings to maintain the 10-percent margin Daimler achieved in 2016 and 2017 — despite lower profitability from electric cars. 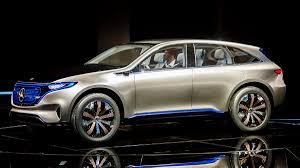 Electric vehicles only offer “half the margin of an ordinary car,” financial director Frank Lindenberg said. But
Germany’s automakers have been rattled by a diesel emissions cheating scandal, which has so far cost the
world’s largest car firm Volkswagen more than 20 billion euros. Suspicion has since fallen on other manufacturers, including Daimler.
And executives and politicians have scrambled to avoid draconian measures to reduce air pollution, including
mooted diesel driving bans in some cities.

While the worst appears averted for now, most in Germany agree combustion engines are living on borrowed time as a “bridge technology” to future emissions-free vehicles.
European economic heavyweights France and Britain announced this year they plan to ban combustion engines from 2040.
And a surprise announcement from China — the world’s biggest car market — that it was mulling a ban of its own has ramped up the pressure for car makers, although Beijing has yet to name a firm date.
Related Items:Cars, future, machine, speed, technology, Thinking about the future
Share
Tweet
Share
Share
Email