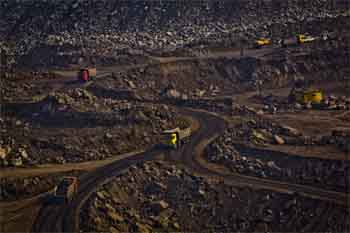 The NCDP allocates more coal to the MSME sector

As per the New Coal Distribution Policy (2007) will be required to take coal through State Agencies, which have been nominated by respective state governments. This applies only for those MSMEs whose annual coal requirement is less than 42000 tonnes. A total of three million tonnes of coal has been made available for this purpose. The quantity has been distributed among various states and Union Territories depending their requirement and past trends.

So far, the Coal India Limited (CIL) has not received any complaint from medium and small scale enterprises affected due to this arrangement. A meeting was held on June 19, 2015, by Coal India Limited, Kolkata with representatives of State nominated agencies of Madhya Pradesh, Chhattisgarh, Karnataka, Odisha, Assam and Telangana in the audience.

Piyush Goyal, Minister of State with Independent Charge for Power, Coal and New and Renewable Energy further stated that various issues such as expediting the sign of FSA, timely raising of coal bills, carrying out regular reconciliation of accounts, expediting the refund settling of old dues, grade of coal supplied, making FSA’s for two years subject to the period for which nomination is received were some of the things that were discussed in the meeting.